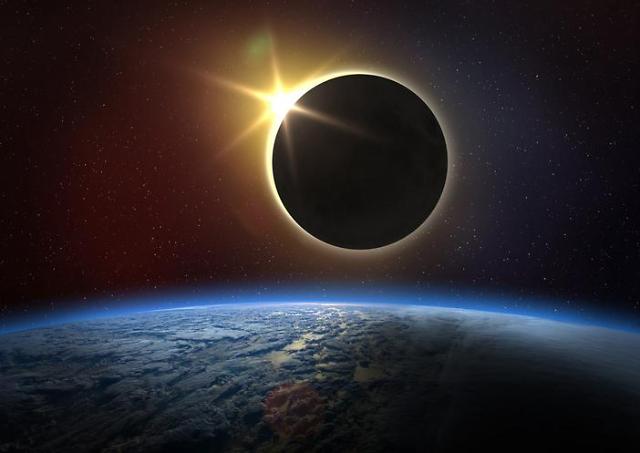 SEOUL -- Understanding the source of the solar wind can help improve space-weather forecasts, particularly in the near-Earth environment. Although scientists know that the solar wind originates in the corona, they don’t know precisely how it forms or accelerates.

NASA's Goddard Space Flight Center has collaborated with the Korea Astronomy and Space Science Institute (KASI) to develop a new type of scientific instrument that can measure some very important properties of the solar wind such as the density, temperature, and speed of electrons in the corona aboard a high-altitude scientific balloon.

The instrument is an externally occulted single-stage coronagraph that blocks the Sun's bright surface to reveal its faint, but very hot upper atmosphere. It was launched on September 18, 2019, to obtain 17,060 coronal images at a float altitude of 39 kilometers (24 miles) for four hours.

The new coronagraph imaged the corona in four narrowband filters in the blue end of the solar spectrum and to derive the physical parameters in the outer corona. The joint team determined the temperature and flow speed on the western streamer and found that the electron temperature is 1.0 MK and the flow speed is 260 kilometers per second over the distance range of four to seven Rs (Radii).

The solar radius is about 695,500 kilometers (432,450 miles) or about 10 times the average radius of Jupiter. A solar radius is a unit of distance used to express the size of stars in astronomy relative to the Sun.

"Balloon-borne coronagraphs observing at long wavelengths have provided valuable information on the density distribution of the corona," the joint research team said in a research paper published on the website of Solar Physics, a peer-reviewed scientific journal.

A polarization camera was used for NASA's balloon-borne investigation of temperature and speed of electrons in the corona (BITSE). Because the camera can collect polarized light, BITSE doesn’t require an extra mechanism to carry out the same task as do more traditional detectors. "This is also important for future space missions because the polarization camera reduces one mechanism (polarization wheel)," the team said.

The BITSE mission has demonstrated that measuring the polarized brightness of the corona at several wavelengths and characterizing the shape of the corona is a viable technique to determine the physical properties of the corona in the solar wind acceleration region, the team said, adding that a new coronagraph would be deployed on the International Space Station in 2023.