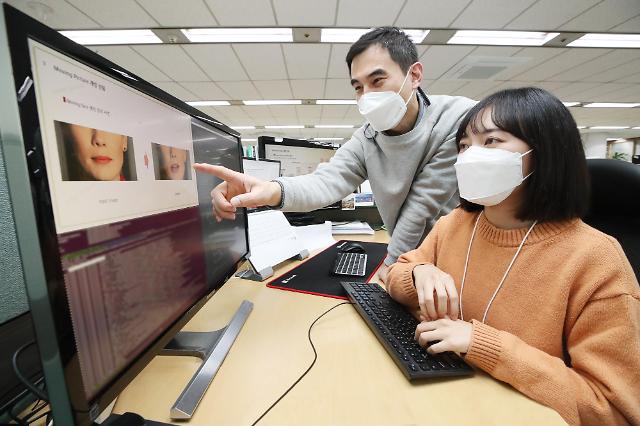 SEOUL -- An industry-academic joint artificial intelligence research team has succeeded in the development of new technologies that are ready for commercialization. The new tech will be applied in different industries including manufacturing and communications.

The joint team dubbed "AI One Team" was launched last year to develop AI-based solutions that can be quickly applied to actual fields to create a sustainable cycle of data utility, AI technology development, commercialization, and solving industrial problems.

KT said in a statement on January 7 that the team has developed four new AI-based technologies – deep learning-based personalized-text to speech (P-TTS), end-to-end (E2E) voice recognition, moving picture, and AI-based robot malfunction detection. "It was possible for AI One Team to develop such technologies thanks to accurate data collected at industrial sites and top-notch development capabilities," KT's executive vice president Song Jae-ho was quoted as saying.

KT and KAIST cooperated to develop P-TTS. Unlike other TTS technologies that progressively generate synthetic voice through a sentence, P-TTS studies a whole document to simultaneously generate voice to reduce the time and cost of voice file production. KT will commercialize the technology this year and use it for services including an AI voice assistant speaker system.

The moving picture technology is an AI-based solution developed by KT and Hanyang University. The solution applies motion effects to a still image to turn it into a moving picture. KT said the technology can be used to bring still image posters and webcomics into life. The telecom company would use it for advertisements.

The AI-based robot malfunction detection system was jointly developed by HHI Group and Hanyang University. The deep learning system can detect abnormal activities of machines, especially in the actuator section, by picking up irregular sounds and vibrations. The shipbuilding group said that it will apply the technology to robots and maximize the efficiency of automated production lines.