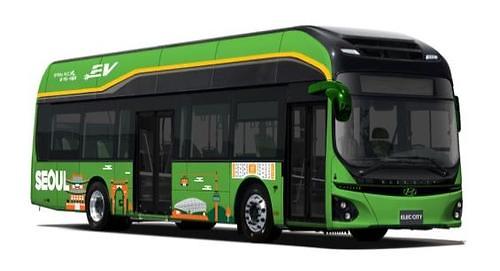 SEOUL -- Seoul has adopted 27 electric buses to replace old diesel buses that were used to carry Seoulites and tourists on a scenic tour in the heart of the capital city.

Seoul said in a statement on January 5 that it has adopted electric buses to the "Seoul Green Circulation Bus" line for a tour of famous tourist spots such as Namsan (Mount Nam), Myeongdong, Insa-dong and Kyungbok Palace in central Seoul.

The capital city said that it would gradually ban diesel tourist buses from entering Namsan Park famous for its panoramic night scenery. Tourists will be guided to use electric buses at a transit center in Namsan's public car park to travel up to the top of the mountain.

In 2018, Seoul revealed a blueprint to replace more than 40 percent of public buses with electric ones by 2025. The city provides subsidies to bus companies in a project to introduce eco-friendly electric buses.