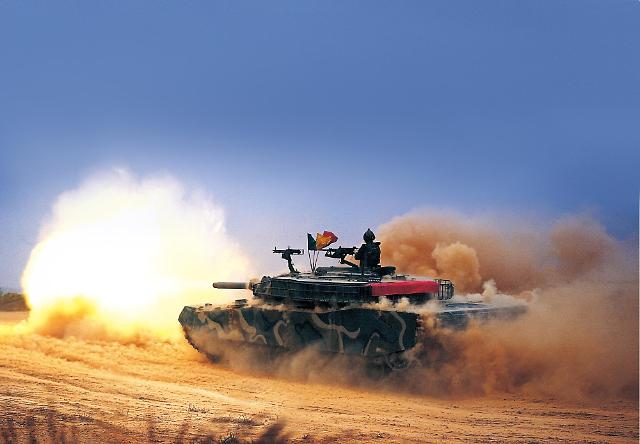 
SEOUL -- Hyundai Rotem has been selected for a military project to develop technologies that can remotely operate unmanned mobile combat systems such as tanks, armored vehicles and self-propelled guns by utilizing its know-how as the manufacturer of South Korea's main K1 battle tank.

Hyundai Rotem, a Hyundai auto group subsidiary, said that it was selected by a state agency for research and development in defense technology, to develop technologies for the remote operation of unmanned combat systems. "This task will be the foundation for securing technology for unmanned systems and expanding future businesses," the company said in a statement on December 31.

It is an important project to secure core technologies that can minimize the cost and time required when applying unmanned technology to mobile combat systems and reduce trial and error, Hyundai Rotem said, adding the remote unmanned operation of tanks and armored vehicles can improve the survival of users.

Hyundai Rotem aims to complete the development of technologies that can be applied first to K1 tanks on a trial basis. In November, the company was selected by the Defense Acquisition Program Administration to provide multi-purpose unmanned ground vehicles (UGVs) capable of carrying supplies, searching battlefields and evacuating patients.

Hyundai Rotem's two-ton UGV is equipped with a remote-controlled weapon station to enhance its ability to track or shoot targets from a long distance, based on HR-Sherpa, a six-wheeled UGV that features an electric drive system, a 360-degree rotation function, a skid steering system and airless tires for rough driving. HR-Sherpa, which is 2.4 meters long, can run at a maximum speed of 30 kilometers (18 miles) per hour.