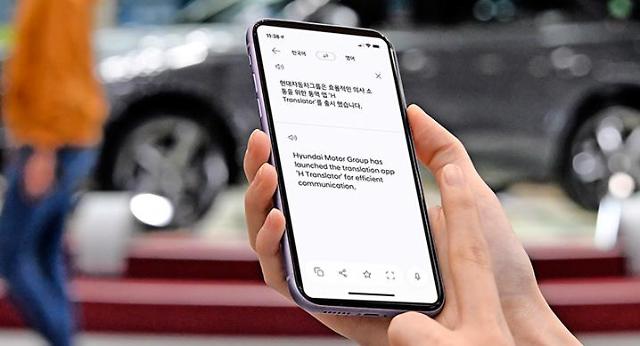 SEOUL -- To break language barriers among multinational workers and help them collaborate more effectively, a venture company of South Korea's Hyundai auto group has released an artificial intelligence-based translator app. The app can translate chat room messages and texts embedded in images and documents into different languages in real-time.

Hyundai said in a statement on December 18 that H-Translator, the real-time translator app developed by Hyundai startup AIRS Company, was designed to increase work efficiency and accelerate the speed of their communication. The app is specialized for those who work in the automobile industry, the carmaker said, without specifying languages.

"We plan to apply the machine translation technology to wearable devices," an unnamed Hyundai official said, adding the translator app has a huge potential. "The technology can be later developed for ordinary users to be installed on a car or a robot."

Real-time AI-based translator applications have been developed by technology companies including Google and Microsoft. Robots provide good quality translations for ordinary content, but they tend to offer poor results in specialized content that need additional knowledge or background.