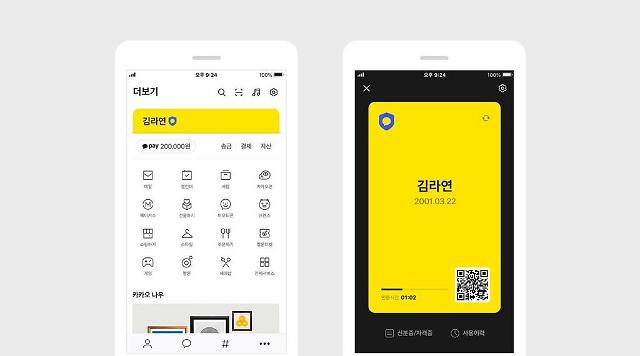 "People's everyday lives will become more convenient as they can simply and safely use Kakao Talk to verify their identity, qualifications and career," Kakao Talk's service department head Kim Taek-soo was quoted as saying. The messenger app applied blockchain, a virtual multi-ledger system, to authentication services.

Users can carry 495 kinds of certificates issued by the Human Resources Development Service of Korea in an authenticated digital document form. Blockchain is a decentralized service in which each connected user keeps a copy of a ledger book that is updated in real-time when a change is made to copies carried by other users. It is virtually unhackable.