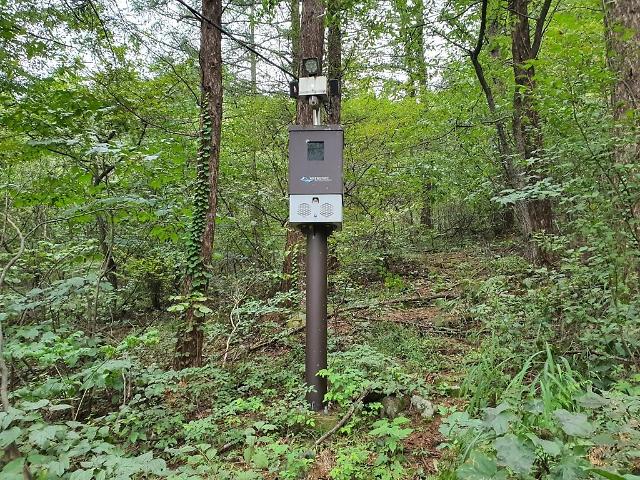 SEOUL -- The operator of South Korean national parks has adopted an artificial intelligence-based device to monitor illegal activities by hikers or the movements of wild animals. The devices can record the number of people, location and time as big data to prevent safety accidents and predict areas frequently affected by illegal activities.

Stationary unmanned surveillance devices have been used at national parks, but they could not differentiate between leaves falling down and trespassers picking mushrooms, leading to quick battery drain. Park operators had to dispatch personnel to replace batteries frequently.

Korea National Park said in a statement on December 8 that it has established new AI-based devices equipped with cameras that can sound out pre-recorded messages by recognizing the movement of people such as throwing away rubbish or entering prohibited areas. A total of 7,244 illegal cases were reported between 2017 and 2019. Herbalists and hikers often sneak into national parks to pick rare herbs and mushrooms.