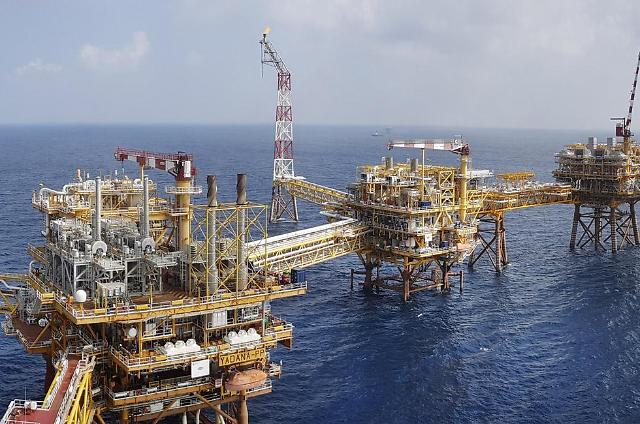 SEOUL -- The holding company of South Korea's Hyundai shipbuilding group secured an order worth $450 million to build a compression platform that would be installed in the third field of a natural gas project in the Bay of Bengal off Myanmar.

Korea Shipbuilding & Offshore Engineering said on December 8 that it has won a letter of intent from Posco International to construct a gas compression platform that would be installed by the first half of 2024 in the Andaman Sea. The platform will be connected to the existing platform to maintain a daily gas output of 500 million cubic feet.

Posco International, a trading arm of South Korea's Posco steel group, controls 51 percent of the total joint investment which also involves Indian and Myanmar companies. Gas fields have been developed in three phases with the first phase completed in 2013.

Myanmar is an important natural gas producer in Asia and exports gas to Thailand and China. Under a 30-year supply contract with China National Petroleum Corp. (CNPC), Posco International delivers natural gas from Myanmar's coast to southwest China through a Myanmar-China gas pipeline.