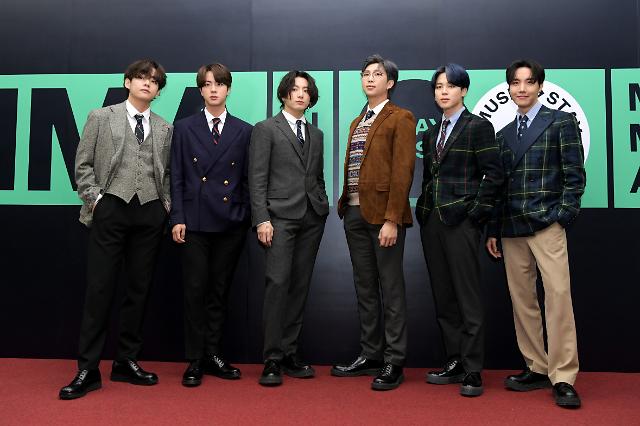 SEOUL -- The agency of K-pop wonder BTS has canceled offline performances for the New Year's Eve concert involving artists under its wing due to a surge in COVID-19 cases. The concert was to be broadcast live via social media on December 31.

Other artists such as female singer Baek Ji-young and Solji, a former member of girl band EXID, have decided to call off their year-end concerts. Some K-pop artists including Chungha have been infected with COVID-19.