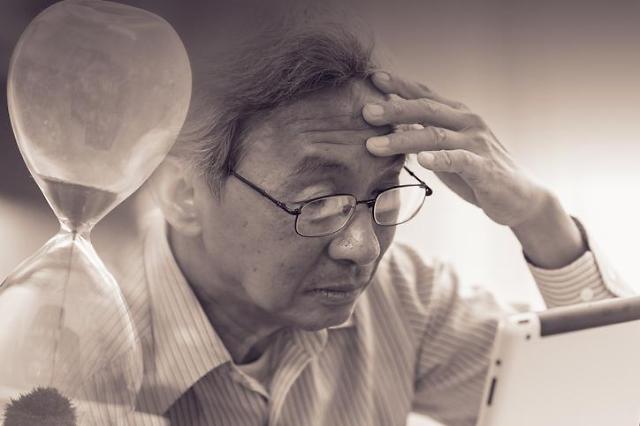 SEOUL -- Based on big data using high-precision magnetic resonance imaging pictures collected from 14,000 people, a state-funded research institute will embark on a project to develop an artificial intelligence-based method for the early detection of brain damage that causes dementia. Early diagnosis is vital because an elderly's brain receives irreversible physical damages in the mid-stage of dementia, making treatment virtually ineffective.

Dementia is a general term for a mental illness that shows symptoms associated with a decline in memory, reasoning and other thinking skills. Alzheimer's disease is the most common case that accounts for up to 80 percent of dementia cases. The greatest known factor for Alzheimer's is increasing age, according to the Alzheimer's Association, an American non-profit organization.

Chosun University in the southern city of Gwangju said in a statement that the Gwangju Alzheimer's & Related Dementias (GARD) Cohort Research Center will begin the test operation of AI-based technology to diagnose dementia in the incipient stage in 2021.

"We've developed a technology that is capable of detecting the early stage of mild cognitive impairment or Alzheimer's patients without any observable symptoms through MRI tests," GARD Cohort Research Center head Lee Kun-ho was quoted as saying.

The method will use the world's largest dementia-related big data based on magnetic resonance imaging (MRI) and positron emission tomography (PET) tests of some 14,000 people in the last eight years. About 8,000 people were found to be at the early stage of dementia without observable symptoms.

Government data showed that South Korea had some 750,000 dementia patients in 2019 and the number of patients is expected to reach about 3.3 million by 2060. This year, the government launched an eight-year project to support dementia research, diagnosis, prevention and treatment.