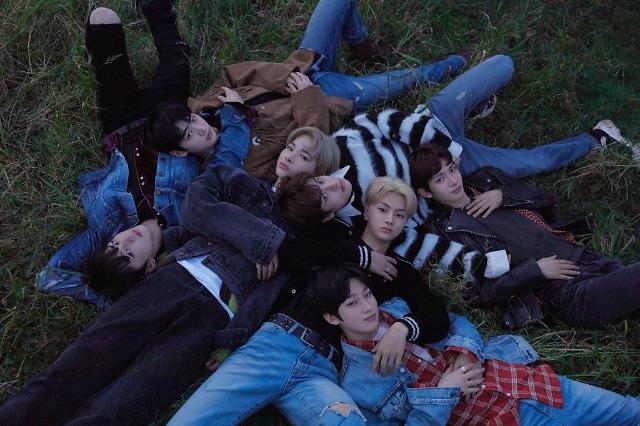 SEOUL -- ENHYPEN, a new K-pop boy band nurtured by the creator and head producer of BTS, will release its debut album on November 30. Well before its official debut, the band has been considered this year's most notable rookie, garnering huge attention from global K-pop fans, and each member already has more than one million followers through various social media.

After the success of BTS that captured millions of fans worldwide, South Korean entertainment companies have benchmarked Big Hit to create the next K-pop world star. As a result, girl band BLACKPINK and all-star boy band SuperM were born. CJ ENM and Big Hit established a joint venture BELIFT LAB in March 2019 in a bid to find new K-pop prodigies who can shake the global music scene.

BELIFT LAB said in a statement on November 20 that ENHYPEN's debut album "BORDER : DAY ONE" contained six songs bearing each member's personal stories and feelings. The title song is "Given-Taken".

Some 3.1 million fans follow ENHYPEN through Weverse, a social media platform operated by Big Hit. The band sold more than 150,000 copies of its album for two days through pre-orders in October. ENHYPEN will participate in a year-end live concert organized by Big Hit labels to perform with other artists such as BTS, TXT, GFRIEND and NU'EST. The concert will be broadcast through WeVerse on December 31.