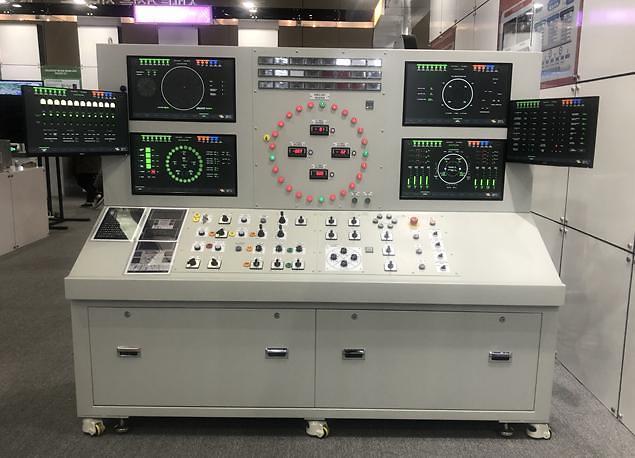 [Courtesy of the Korea Institute of Civil Engineering and Building Technology ]


SEOUL -- South Korea's state research institute has developed a simulator for a tunnel boring machine, which is used as an alternative to drilling and blasting to excavate tunnels with a circular cross-section through a variety of soil and rock strata. Private companies were involved in research for commercialization and exports.

Tunnel boring machines (TBMs) have the advantages of limiting the disturbance to the surrounding ground and producing a smooth tunnel wall. They are suitable to use in urbanized areas. However, it is impossible to reverse the machine while at work and drivers cannot visually identify problems preventing excavation and forward movement.

The Korea Institute of Civil Engineering and Building Technology (KICT) said it has developed the world's first TBM-only simulator that can pre-test the basic working process of operation, drive and control. Based on various scenarios such as ground being pushed into the tunnel or rock or soil that obstruct construction, the simulator makes it possible to systematically train drivers.

Chang Soo-ho, a senior KICT researcher, said that the simulator is designed to quickly implement the scenario put by the user directly into an education management system. "The high extendability and usability of this simulator is a big difference and advantage," he said in a statement published on November 11.

The export possibility of the simulator and related technologies is high, KICT President Han Seung-heon said. "Not only can we contribute to the development and revitalization of TBM technology in our country, but we are also making plans to export products abroad through participating enterprises based on our technology."