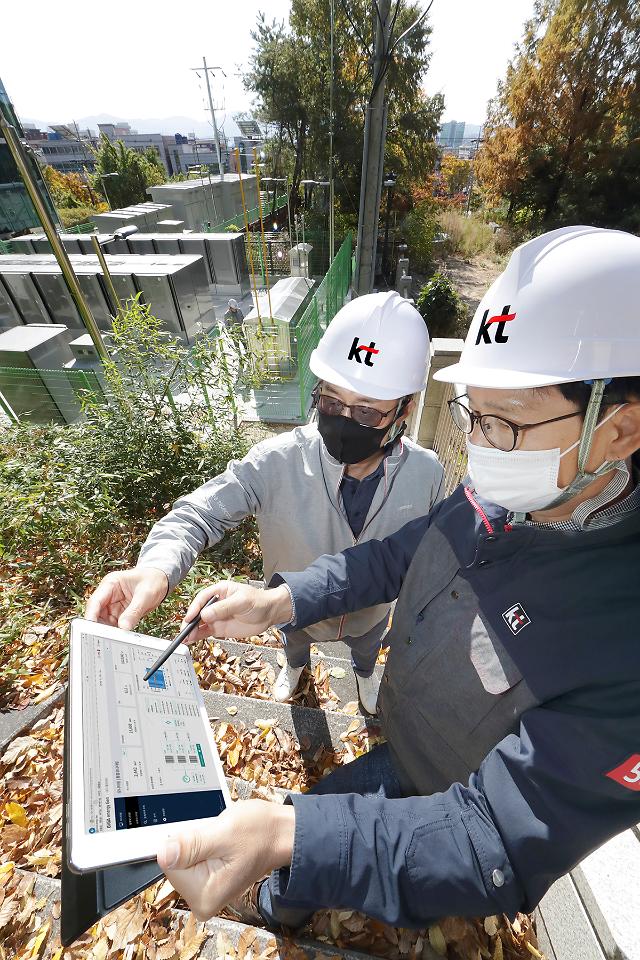 The solid oxide fuel cell (SOFC) is basically a battery device that produces electricity using natural gas and hydrogen as fuel, rather than to store it. The SOFC power plant needs an energy storage system (ESS) to store electricity. The size of SOFC generators and an ESS is very small so that they can be built into idle spaces in urban areas.

KT said in a statement on November 8 that the company has built a 0.9 megawatt-class SOFC power plant capable of powering some 157,500 households annually in the southern city of Daegu to test the VPP management system. Using the company's self-developed KT-Micro Energy Grid, an energy grid control platform, the VPP system will monitor the power generation, distribution and facility status remotely.

The demonstration in Daegu is part of KT's drive to upgrade its capability as a renewable energy broker. The company was selected to participate in a government test project to operate an energy brokerage service in 2016. The company currently operates SOFC power plants with a total output of 6.7 megawatts across the country.

The government's test project to check the efficacy of a renewable energy brokerage service is part of efforts to reduce the emission of greenhouse gas and dependency on fossil fuel. President Moon Jae-in has revealed a roadmap for "hydrogen economy" that included plans to increase the number of hydrogen fuel cell vehicles, SOFC power plants and energy storage systems.