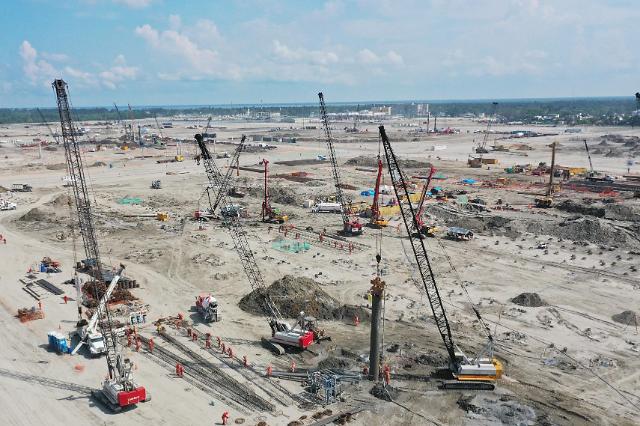 SEOUL -- Samsung Engineering has clinched a $3.6 billion order through its subsidiary in Mexico to build facilities for the Dos Bocas refinery project pushed by a state oil and gas company to produce 340,000 barrels of crude a day in the southeastern state of Tabasco. It will be the biggest refinery in Mexico, which aims to reduce its reliance on fuel imports from the United States.

Samsung Engineering said its Mexican subsidiary has received a letter of intent from PTI-ID, a subsidiary of Petroleos Mexicanos (Pemex) which owns the Dos Bocas refinery with a daily production capacity of 170,000 barrels of petrol and 120,000 barrels of ultra-low sulfur diesel. It is scheduled to commence commercial production in 2022.

The refinery's engineering and construction work has been divided into six packages. Samsung Engineering said it is responsible for the engineering, procurement and construction (EPC) of second and third packages. The second package includes a diesel hydro desulphurization unit, a gasoil hydro desulphurization unit, a naphtha hydro-treating unit and a naphtha reformer. The fluid catalytic cracking unit was included in the third package.

Samsung Engineering said it has received the EPC order thanks to successful work on front-end engineering design. It marked the company's biggest single order. Mexico targets a total of 1.8 million barrels per day of crude processing capacity at seven refineries by 2022.