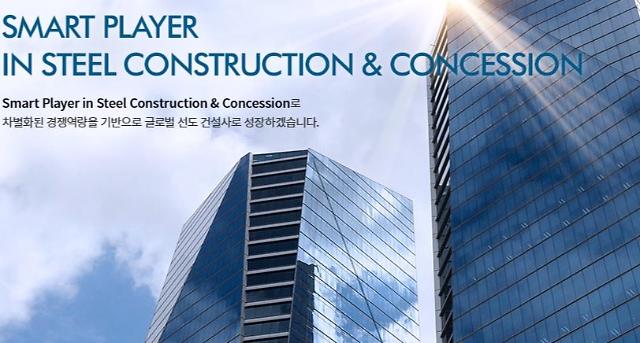 
SEOUL -- POSCO E&C, a construction arm of South Korea's top steelmaker Posco, has secured an order from a Polish municipal waste management company to build an eco-friendly waste incineration plant that would recover heat and electricity from treated municipal waste in Warsaw and nearby areas.

The project worth 490 billion won ($436 million) calls for the design and construction of a new waste incineration plant capable of treating 264,000 tons of waste annually and the renovation of existing facilities. POSCO E&C said it has received a letter of acceptance (LOA) from MPO in Poland. The South Korean company would use a method that mechanically supplies fuel and burns waste smoothly.

POSCO E&C vowed to actively tap Europe's growing waste-to-energy market. In 2016, the company completed the construction of a waste-to-energy plant in Krakow, Poland, that can process 220,000 tons of household waste annually to produce electricity and supply district heating.

Waste-to-energy generation is seen as a potential energy diversification strategy. Waste-to-energy plants incinerate 80 to 90 percent of waste. Sometimes, the residue ash is clean enough to be used for raw materials for use in manufacturing cinder blocks or for road construction. New orders for waste-to-energy plants are increasing in Europe due to a waste landfill restriction policy.

In August, Doosan Heavy Industries & Construction, a key contractor in South Korea's energy industry, clinched a deal worth 220 billion won to build a waste-to-energy plant at Olsztyn, Poland, by 2023. Doosan Heavy formed a consortium with its German subsidiary Doosan Lentjes to win the order from Dobra Energia, a special purpose company involved in a project to supply 12MW of electricity.