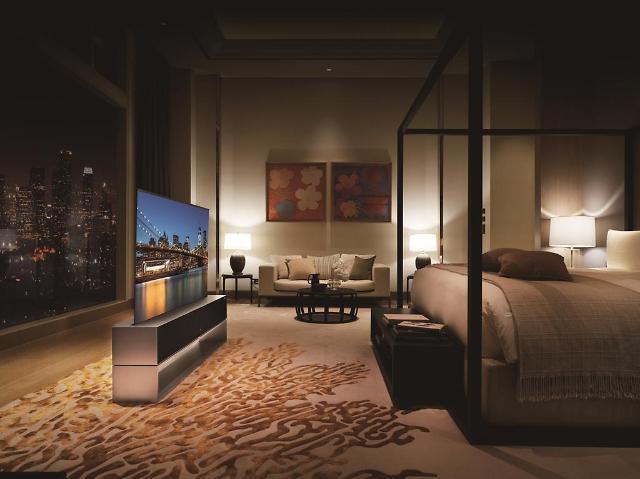 SEOUL -- LG Electronics released the world's first rollable TV with a 65-inch organic light-emitting diode display targeting premium consumers in South Korea, about 21 months after the prototype was unveiled at an electronics show in the United States in January 2019.

LG said in an online showcase event on October 20 that "LG SIGNATURE OLED R" was released in the South Korean market. The rollable TV carrying a price tag of 100 million won ($87,652) will be displayed at LG's signature showrooms in Seoul and the southern port city of Busan.

The rollable TV can completely roll down its display into a box-shaped body when it is not being used. It can also roll out completely or partially to match the type of video content that is being played. LG said that its new rollable TV was created like designer-label handiwork masterpieces that are handmade and hand-inspected.