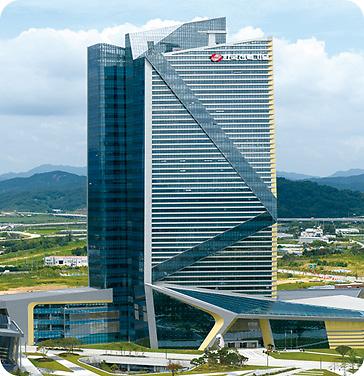 
SEOUL -- The board of Korea Electric Power Corporation (KEPCO) endorsed investment in a project involving South Korean and Japanese companies to build a coal-fired power plant in Vietnam, overriding concerns over profitability and environmental contamination. The state power company aims to complete construction in January 2025.
KEPCO said its board has approved the planned purchase of a 40 percent stake in the construction of a 1,200MW coal-fired power plant called Vung Ang 2 in Vietnam's Ha Tinh province. Samsung C&T, a key unit of South Korea's Samsung Group, and Doosan Heavy Industries & Construction will participate in design, procurement and construction operators.
Originally, the project worth $2.2 billion had involved Japan's  Mitsubishi and CLP, an electric company based in Hong Kong. As CLP withdrew its participation in the project, KEPCO decided to buy a 40 percent stake held by CLP.
The annual growth rate of electricity demand in Vietnam has been faster than in other Southeast Asian countries. Electricity from fossil fuels still plays a key role in Vietnam's total power capacity. However, environmental activists have expressed concern about pollution caused by the Vung Ang 1 thermal power plant with a designed capacity of 1,200MW that has been built to meet the power demand of an industrial zone.
KEPCO, whicgh has invested in a coal-fired power station project in Indonesia, said it would use new technologies to minimize carbon emissions and install additional eco-friendly facilities for the Vung Ang 2 power station.