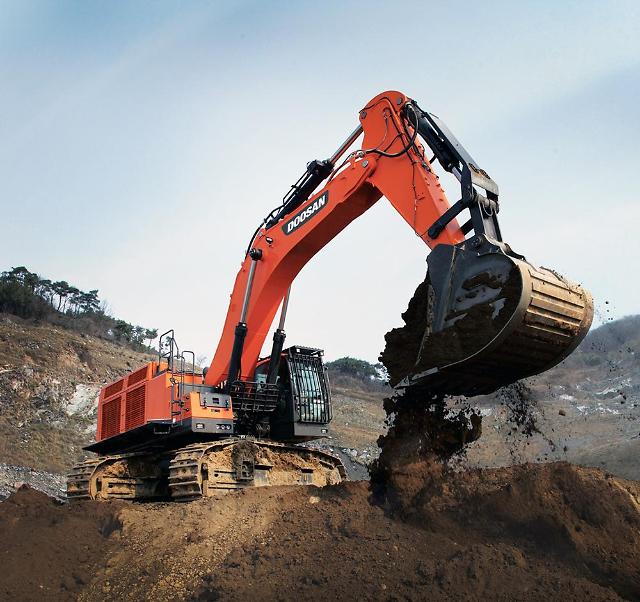 SEOUL -- In a sudden turnaround from its earlier stance, South Korea's leading Hyundai shipbuilding group has joined a race to acquire Doosan Infracore, a major construction equipment maker that has been up for sale, faute de mieux, as part of efforts by its debt-stricken parent company to secure liquidity in return for a bailout loan from creditors.

Doosan Heavy Industries & Construction, saddled with 4.2 trillion won in loans due this year, has promised to pay back its debt by cutting costs and selling non-core assets. It would sell a 36.07 percent stake in Doosan Infracore and its management.

"We submitted a proposal for a preliminary bid to select a preferred bidder for Doosan Infracore," Hyundai Heavy Industries Holdings said in a short regulatory filing. Initially, the shipbuilding group, which has Hyundai Construction Equipment (HCE), a construction equipment maker, under its wing, did not show its interest in Doosan Infracore.

The shipbuilding group did not say why it changed its stance, but the group's proposal on September 28 came after Doosan Group vowed to repay any additional debts owed by Doosan Infracore's overseas unit. Doosan Solus, which produces copper foils or electric vehicles, related products and electronic materials, has been sold to Skylake Investment, a private equity fund.