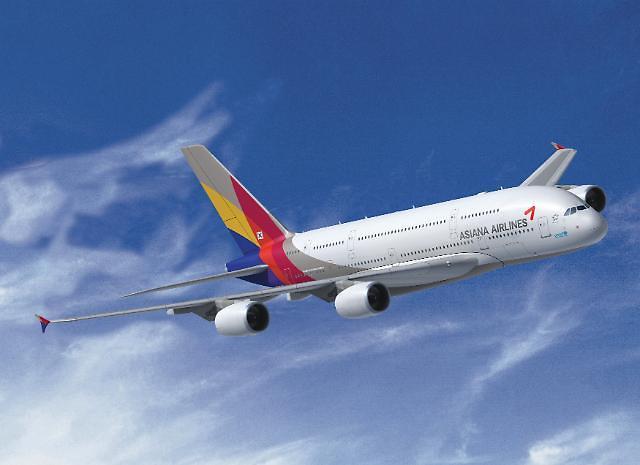 SEOUL -- In a bid to offer an experience similar to that of international flights for regular overseas travelers grounded by a COVID-19 pandemic, South Korea's second-largest flag carrier Asiana Airlines will utilize its Airbus A380, dubbed the "hotel of the sky," to non-landing scenic flights.

Non-landing scenic flights were adopted in many countries to ease the stress of travelers who are frustrated by the pandemic that forced many countries to regulate travelers from coming in and going out. In early September, 120 tickets for a one-time event flying over South Korea's southern resort island of Jeju were sold out in four minutes in Taiwan.

Asiana said in a statement on September 24 that A380 airplanes would be used for a scenic flight event on October 24 and 25. The sky hotel plane will take off from Incheon International Airport, South Korea's main gateway located west of Seoul, to fly over four resort areas including Gangneung, a tourist hot spot located on the eastern coast, Jeju and Pohang, a southeastern port city.

The scenic flight will be the first domestic flight routine ever allocated for Asiana's A380s which have covered international routes to Thailand, Los Angeles, Frankfurt and New York.

The tickets for economy seats are 200,000 won ($170) each and the tickets for business suite seats are 305,000 won. Asiana said that only 310 seats out of a total of 495 will be available to safely carry passengers while following quarantine guidelines. Passengers will be provided with souvenirs as well as an in-flight meal. Discount vouchers and coupons will also be offered for future flights.