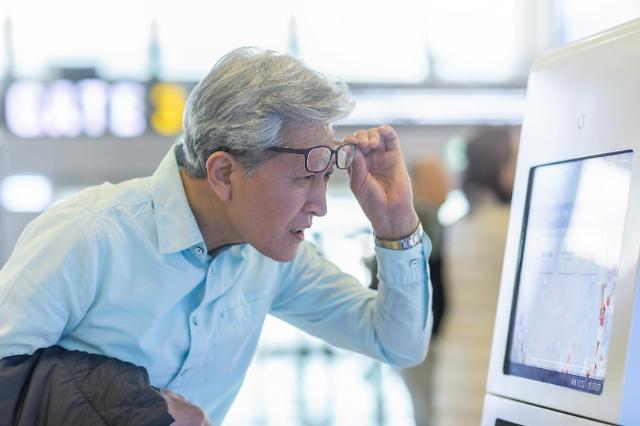 SEOUL -- More and more store operators in South Korea adopt unmanned digital kiosks capable of receiving orders and making credit card transactions as a solution to reduce costs, giving trouble to many old people who are not familiar with digital equipment, a survey showed.

The Korea Consumer Agency, a consumer watchdog, found in a September survey of 300 people aged over 65 that 81.6 percent had an experience of using unmanned kiosks at restaurants. Some 51.5 percent had found it hard to use kiosks because of the complicated steps they had to go through to make an order. 49 percent had felt stressed because of their slow order-making speed and the people waiting at the back. 44.1 percent found it hard to read instructions and menus on the digital screen of kiosks because the fonts were small.

The watchdog's separate survey showed that about 50 percent of consumers aged over 70 experienced difficulty using digital kiosks at fast-food restaurants. Many stores did not provide proper customer services for those who were hard to use kiosks.

Digital kiosks were favored by store operators to cut costs. "I've adopted two digital kiosks at my store and they are wonderful. I can now focus on cooking menus while my digital employees receive orders," Ahn Mi-ro, a 38-year-old fast-food store operator in the southern port city of Busan, told Aju News.

A digital kiosk is cost-efficient as it has a work output of 1.5 human workers, according to Shinyoung Securities. The digital clerk can receive specified orders, reduce human errors and upgrade the quality of service. Data collected by digital kiosks can be used for marketing and studying consumer preferences. According to Shinhan Investment, an investment and financial company, South Korea's digital kiosk market was estimated at 300 billion won ($252 million) in 2018.