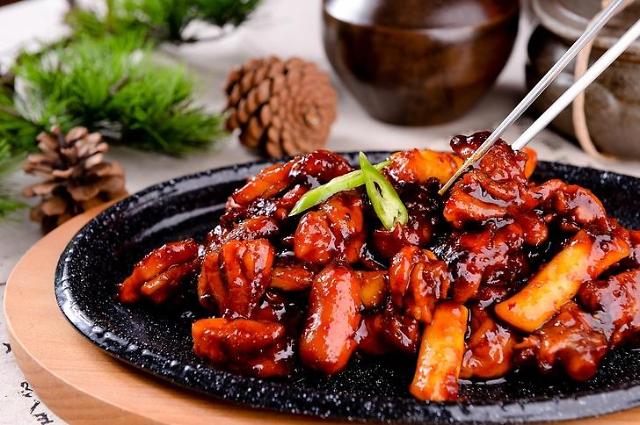 Spicy food has been scientifically proven to boost the production of feel-good hormones such as serotonin that relieves stress, anger and ease depression. It is common to see working people treat their stress after work with a dish of spicy food such as hot and spicy pork ribs or a bowl of spicy noodle soup with shots of Soju, an iconic Korean distilled spirit.

According to an August sales data released by CU, a major domestic convenience store franchise, sales of spicy flavored food between August 16 and 31 has increased by 23.7 percent compared to the same period in July this year.

The level of public stress has soared since August 15 when some 3,000 right-wing Christians gathered in central Seoul to hold an anti-government rally. The rally has caused the number of new COVID-19 infection cases to resurge. Currently, at least 200 newly-infected cases are found daily.

CU has analyzed that people are relieving their stress and treating "COVID-19 blues" with spicy food that is easily accessible via convenience stores. COVID-19 blues is a term that is used to describe the feeling of depression, helplessness and tiredness caused by the nationwide social distancing campaign.

"There's nothing like an ice-cold shot of Soju with a bowl of hot and spicy instant noodles when relieving a day's stress," Jeong Goo-jeong, a 38-year-old businesswoman living in Seoul, told Aju News. "I really enjoy convenient ready-to-eat hot and spicy food packages sold at convenience stores," she said.