BTS may change October concert schedule due to COVID-19 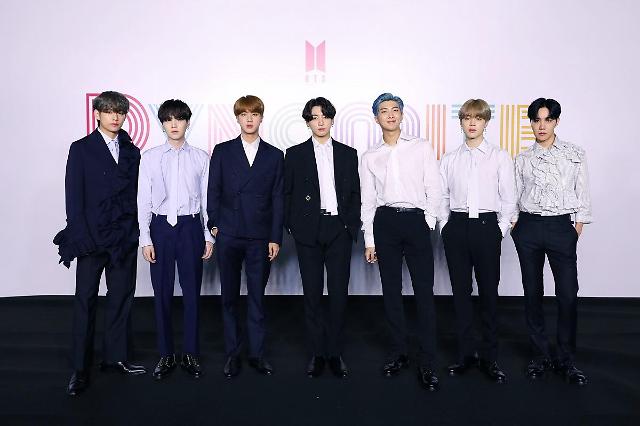 SEOUL -- Changes could be made to K-pop band BTS' Seoul concert to be held in October due to a coronavirus epidemic, according to the seven-member band's agency.

BTS is to hold a two-day concert in Seoul on October 10 and 11 while broadcasting the concert footage live through WeVerse, the band's official fan activity platform. The concert will be this year's first concert since the band indefinitely postponed its 2020 world concert tour.

However, it became unclear whether the K-pop sensation will hold the offline concert with an actual audience. Seoul and and its surrounding cities saw a spike in COVID-19 cases after a rally involving right-wing Christians in central Seoul on August 15.

"Due to the recent resurgence of COVID-19 group infections in the Seoul metropolitan area, we are carefully reviewing the details regarding the offline (in-person) component of the concert once again," Big Hit Entertainment said in an English statement on August 27.

Big Hit said that it would closely monitor the spread of COVID-19 and an anti-epidemic campaign for safe performance. The agency said that fans would be given additional information when the situation changes. BTS successfully held an online concert in June to attract more than 700,000 fans worldwide.