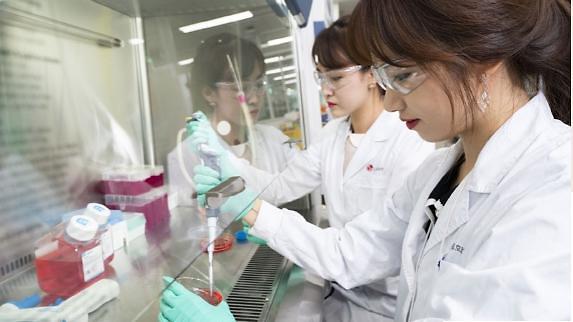 
SEOUL -- LG Chem, a chemical and battery wing of South Korea's LG Group, will accelerate the development of new non-alcoholic steatohepatitis (NASH) drugs through a deal to introduce a new drug candidate from TransThera Biosciences, a clinical-stage biotech company in China.

LG Chem said in a statement that the pre-clinical stage new NASH drug pipeline, TT-01025, of TransThera has global competitiveness considering effectiveness, safety, and clinical entry speed. NASH can be defined as the liver manifestation of a metabolic disorder and is the most severe form of non-alcoholic fatty liver disease closely related to the triple epidemic of obesity, pre-diabetes, and diabetes.

LG Chem said that it would secure global monopolistic development and sales right in the United States and Europe, excluding China and Japan. TransThera would receive up to $350 million in down payment and each milestone according to development and commercialization achievements.

LG Chem, which has a business division engaged in pharmaceutical products, said it would complete pre-clinical studies within this year and begin phase 1 clinical studies in the US in the first quarter of next year.