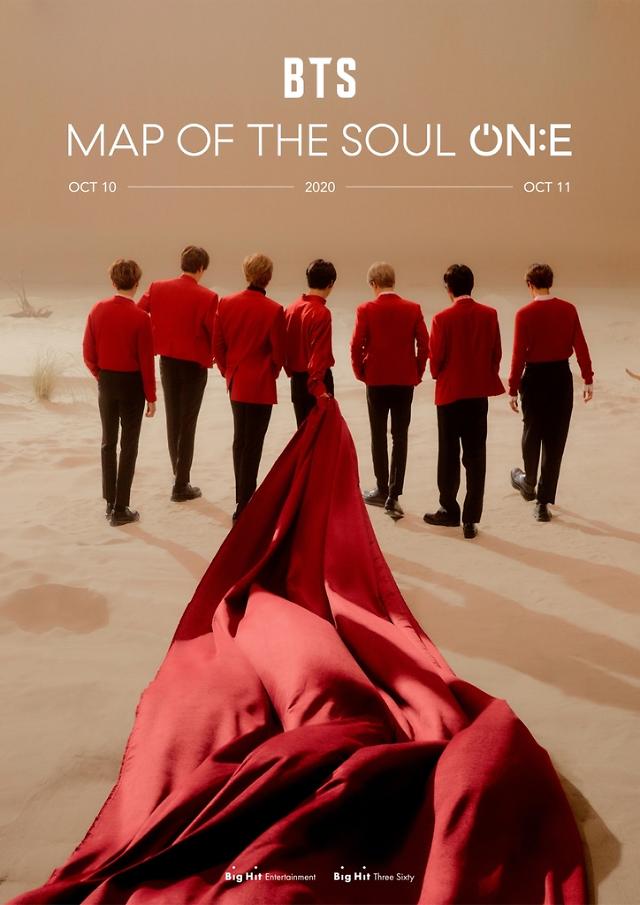 
SEOUL -- For the first time since a coronavirus pandemic stopped BTS from going on a world concert tour earlier this year, the K-pop sensation is to hold an offline concert in Seoul that will be broadcast live through an online platform.

Earlier this year, the seven-member band had indefinitely suspended its world tour schedule due to the COVID-19 pandemic. However, the band successfully held an online concert in June, attracting more than 700,000 viewers worldwide. The concert had opened a new way for artists who were rid of opportunities to meet fans through concerts amid the pandemic and lockdowns.

Big Hit Entertainment, the band's agency, said in a statement on August 13 that BTS will hold "BTS MAP OF THE SOUL ON:E" through a two-day schedule on October 11 and 12. The concert will be streamed online, the agency said, adding the concert audience will be allocated to their seats in line with government guidelines on social distancing.

"Please anticipate 'BTS MAP OF THE SOUL ON:E,' which we are able to present to fans after a long wait," Big Hit said. The last offline concert was held in October last year.

BTS was one of the world's top-grossing touring groups of 2019 by selling 976,283 tickets and garnering $116.6 million during its 2019 Love Yourself Tour, based on a firm fan base established on online communities and social media. BTS members have used social media to actively communicate with fans and share thoughts.