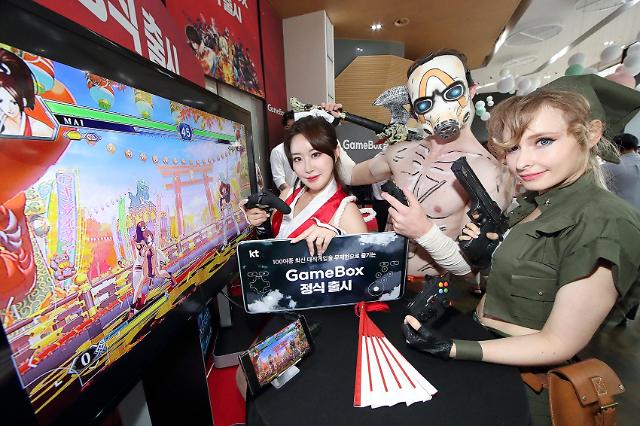 Game Box allows users to enjoy more than 100 kinds of games with smartphones, personal computers and internet protocol television (IPTV) freely. KT pledged no extra payment other than the monthly fee, which it said is the lowest in South Korea.

By using a streaming method that runs games on cloud servers, users can enjoy games without the performance of devices or location limitations. Artificial intelligence based on big data analysis recommends games that suit the taste of users. KT will introduce exclusive gamepads in September and support iOS, a mobile operating system created by Apple for its hardware, in October.

"We will create 'one team' in games like AI one team so that both large and small game companies can enter freely, KT's 5G service head Kwon Ki-jae said, vowing to increase competitiveness through cooperation with game companies. In December 2019, KT forged a partnership with Ubitus, a Taiwan-based cloud gaming solutions provider.