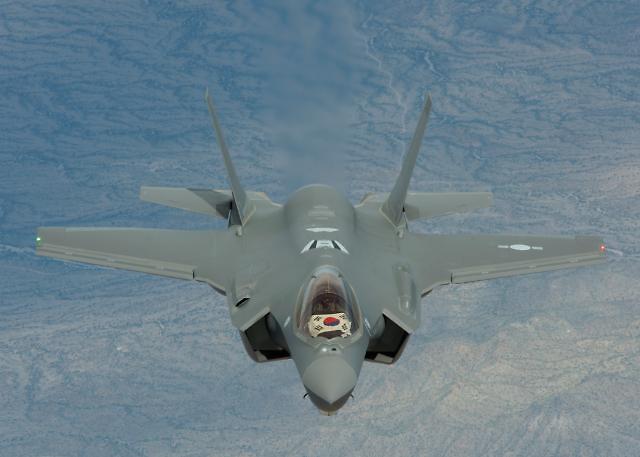 SEOUL -- South Korea's defense ministry will push ahead with the development of a 30,000-ton light aircraft carrier capable of supporting vertical landing combat jets such as F-35B, a variant of American stealth multirole fighters, as well as a 4,000-ton submarine with strengthened armed capabilities, including submarine-launched ballistic missiles.

A new defense buildup program unveiled by the defense ministry included the development of a light aircraft carrier. South Korea's navy has launched a research project to see if its Dokdo-class landing ship can be revised to load F-35B, the short take-off and vertical landing (STOVL) variant of F-35A stealth fighters.

The ministry aims to start the basic design of a light aircraft carrier from next year and complete development by early 2030. The defense buildup program also calls for the development of a 4,000-ton submarine. The type of engine was not fixed, opening the way for the construction of a submarine powered by a nuclear reactor.

South Korea has maintained a task force for a home-made nuclear submarine as part of a long-term defense build-up program. The idea of developing nuclear submarines came back in 2007 when the test launch of North Korea's submarine-launched ballistic missiles (SLBMs) raised security concerns, but discussions have been slow.

South Korea has a three-stage project to develop a fleet of submarines. Through the first phase, nine 1,200-ton diesel-electric submarines have been built with technical help from Germany’s Howaldtswerke-Deutsche Werft (HDW). The second phase calls for the construction of six 1,800-ton vessels. Through the third phase, submarines of 3,000 tons or more are to be built. The first 3,000-ton submarine, unveiled in 2018, can sail at a maximum speed of 37 kilometers (23 miles) per hour with about 50 people aboard.