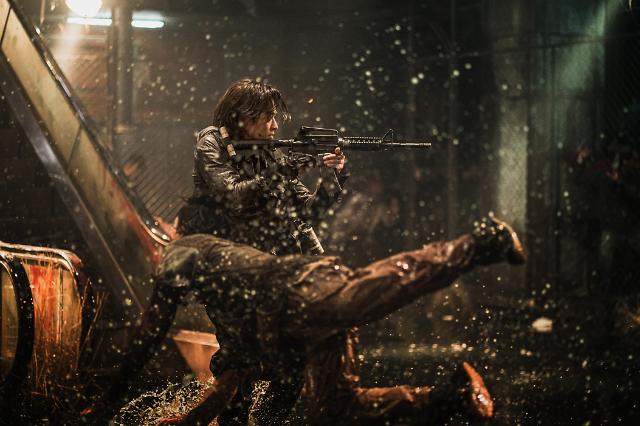 SEOUL -- "Peninsula," the sequel of South Korean zombie action blockbuster film "Train to Busan" directed by Yeon Sang-ho, attracted more than 350,000 moviegoers on its release day despite the nationwide social distancing campaign that hindered people from visiting facilities such as cinemas with a high risk of COVID-19 infection.

NEW, the zombie action film's distributor, said in a statement on Thursday that a total of 352,926 moviegoers watched Peninsula on July 15. Peninsula overtook the opening-day score of "The Man Standing Next" that attracted some 252,000 on its release day on January 22.

The sequel film depicts a story about a group of people striving to survive in South Korea, four years after the zombie outbreak depicted in Train to Busan. Peninsula will star Kang Dong-won, Lee Jung-hyun and Kwan Hae-hyo.

The much-awaited zombie blockbuster sequel joined the lineup of 56 films selected by the annual Cannes Film Festival in early June. Having a film included in the list of Official Selection announced by the prestigious international film festival is seen as receiving a badge of honor. This year's prestigious annual film festival was canceled due to the COVID-19 pandemic.