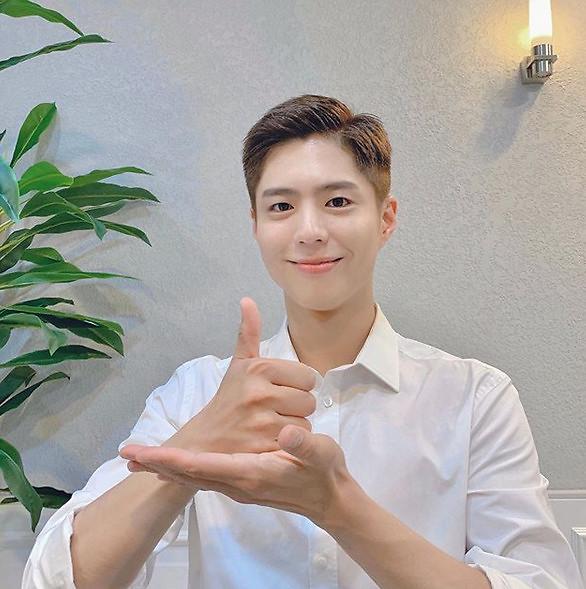 
SEOUL -- The original soundtrack of "The Moment," a tvN cable TV drama starring Park Bo-gum, will be released through Tencent Music, a company that develops music streaming services for the Chinese market. The drama to be released in the second half of this year follows the lives of young people in the world of modeling.

Pan Entertainment, a major drama production company in South Korea, said it has signed a contract to supply and distribute the drama's OST through Tencent Music. The drama would be co-produced by Pan Entertainment and Studio Dragon.

With the contract, Pan Entertainment will seek a strategic partnership for long-term business exchanges with Tencent Music in dramas, movies and video content. The Moment starring Park Bo-gum, Park So-dam and Byeon Woo-seok is one of the most-awaited dramas of 2020. Netflix, the world's top over-the-top (OTT) video platform, will upload the series.

Park Bo-gum, 27, will release a song written and composed by South Korea's singer-songwriter Sam Kim in August as the last present for fans before he joins a boot camp for his mandatory military service. He has applied for the keyboard part of the Navy's military music and honor guard.