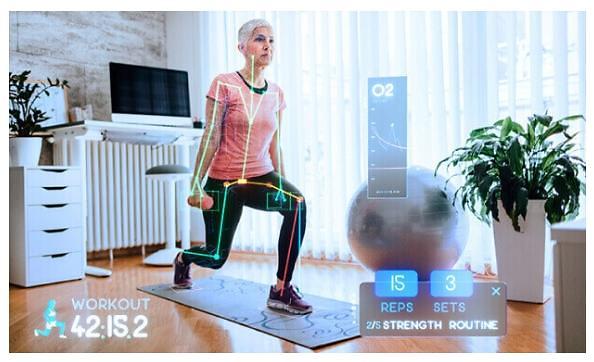 South Korea is a country that has witnessed a fast-growing population of elderly people over 65. The rate of its elderly population is expected to increase from 14.2 percent in 2017 to 20 percent in 2025, according to government data.

In a joint project with Yonsei University Hospital, Seoul Mapo Senior Welfare Center and BRFrame, a Seoul-based AI analytics company, Microsoft Korea has started the demonstration of its care service for old people at a care center in western Seoul until November.

A multimodal interface allows humans to communicate with machines using voice, a keyboard or pen. Microsoft Korea said that it would use Azure Kinect, an AI-based camera kit introduced in 2019, AI-based voice assistant speakers and wearable devices such as smart bands and smartwatches to monitor and analyze the movement of people.

"We hope that preventive services using data and information technology will improve the quality of life for the elderly and become a successful model of community care services," a Mapo Senior Welfare Center official was quoted as saying.

Azure Kinect, equipped with a one-megapixel depth camera, a 360-degree microphone and sensors, can precisely detect human movements and collect data. When data is analyzed, it will be organized through a simple dashboard interface so that healthcare workers can provide tailored services. AI speakers will provide verbal guides on how to prevent mental illnesses such as geriatric depression.

According to data at Seoul National University Bundang Hospital, 12 percent of old people suffer from depression. The rate is about 2.4 times higher than that of people aged under 65. Other surveys showed that one out of every five old people suffers from insomnia, a sleep disorder that can trigger depression and other mental illnesses.