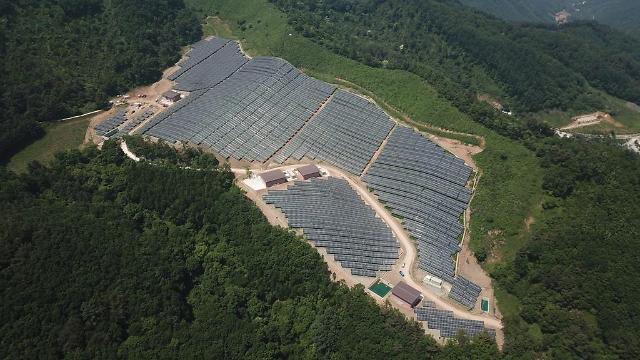 E1 said in a statement that it has built an eight megawatt-class solar power plant over an area of 69,166 square meters in Jeongseon some 150 kilometers (93 miles) east of Seoul. The power plant using solar panels will generate electricity for some 2,900 households. A 21.2 megawatt-per-hour energy storage system (ESS) was also built to collect unused electricity.

In an effort to reduce the use of fossil fuel and nuclear power for electricity generation, South Korea is gradually converting its power source to clean energy sources such as solar power. In 2018, the Ministry of Trade, Industry and Energy revealed plans for a state-funded project to build a floating 102.5 megawatt-class solar power plant on the surface of Shihwa Lake, an artificial reservoir about 40 kilometers (25 miles) southwest of Seoul.