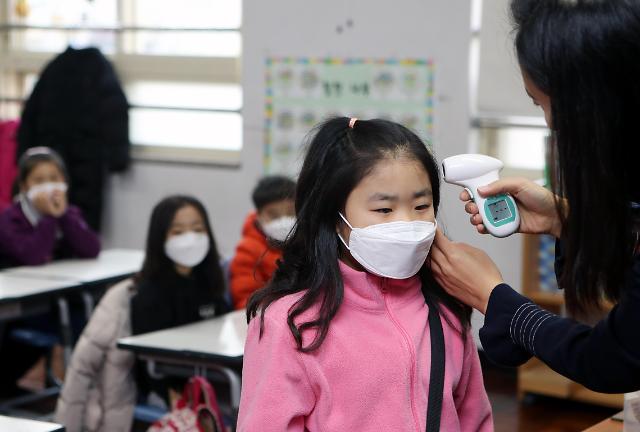 SEOUL -- Tempus, a temperature sensor maker in South Korea, has embarked on the mass production of a micro infrared sensor for non-contact thermometers that showed higher sensitivity than those produced by U.S. and German makers. The home-made sensor was approved by the U.S. Food and Drug Administration in June this year.

The Ministry of Science and ICT said in a statement that the state-run National Nanofab Center, a state-funded nanotechnology institute, and Tempus have jointly developed the thermopile sensor using a simplified microfabrication process and the complementary metal-oxide-semiconductor to ensure stable production and reduce manufacturing costs.

The sensor is up to five times more sensitive than other thermopiles manufactured by American and German companies which have dominated the global thermopile market, the ministry said. "We will aggressively target non-contact thermometer markets at home and in other countries as we are capable of mass-producing the new infrared sensor and expand its application," Tempus CEO Shin Baek-kyu was quoted as saying.