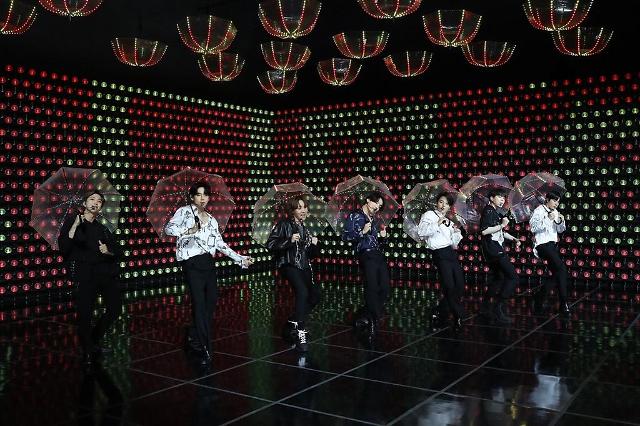 SEOUL -- BTS proved its brand power as one of the world's top-grossing touring groups with a successful paid online concert that attracted more than 700,000 viewers worldwide. The concert provided new opportunities to the global concert and performance industry that sank deep into a depression due to a COVID-19 pandemic and lockdowns.

A maximum number of simultaneous users estimated at 756,600 watched the live online concert from a special studio on June 14. Big Hit Entertainment said it was the largest paid online concert in the world.

Tickets were 29,000 won ($23.97) for ARMY, the international fan club of BTS, and 39,000 won for ordinary fans. Big Hit gave no figures on their income, but earnings from ticket sales were estimated at 22 billion won ($18 million), based only on the viewer fees of fan club members.

The content and technology of BTS' paid online concert set a new precedent in the global music industry.