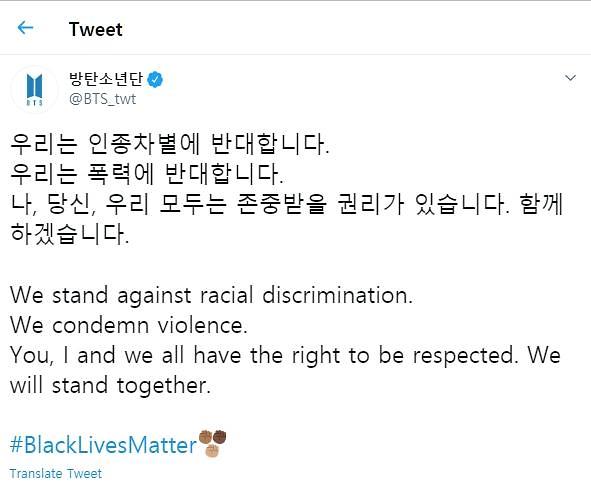 
SEOUL -- South Korea's leading K-pop band BTS joined an international human rights campaign by opposing racial discrimination and violence via social media in a show of support for protests that followed the violent death of an African-American man called George Floyd, who died after a white police officer knelt on his neck for several minutes.

"We stand against racial discrimination. We condemn violence. You, I and we all have the right to be respected. We will stand together," BTS said in a Twitter post in Korean and English. The #BlackLivesMatter hashtag was attached to the post.

Black Lives Matter is an international human rights movement, originating in the African-American community, that campaigns against violence and systemic racism towards black people.