​CJ ENM postpones KCON in LA due to coronavirus pandemic 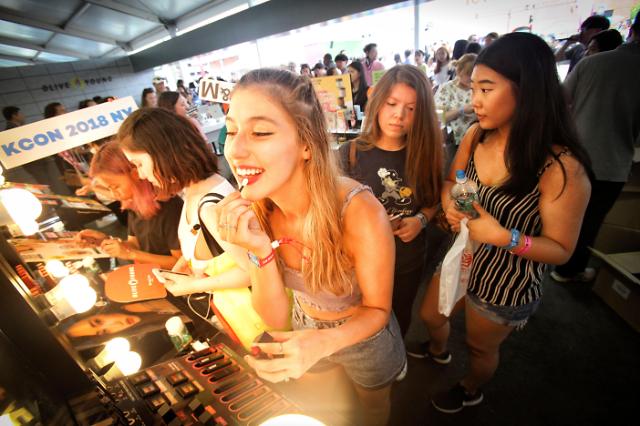 SEOUL -- Mnet, a cable TV music channel operated by South Korea's entertainment company CJ ENM, postponed KCON (Korean Convention), a massive Korean cultural convention including K-pop concerts and exhibitions, which was to be held in Los Angeles for three days from August 27, due to a coronavirus pandemic.

The cable TV music channel said Friday that it has indefinitely postponed its LA KCON schedule to protect artists, staff and fans from the threat of COVID-19. Mnet said it is actively seeking ways to safely hold the Korean cultural event later.

In March, CJ ENM called off its New York KCON event that was to be held in June. Instead, the entertainment giant decided to hold an online version of the cultural event to be broadcast nonstop for 168 hours on YouTube from June 20.

The online event is designed to maximize the characteristics of an  online video platform to overcome geographical limitations so that fans around the world can enjoy various content at their homes. The latest technologies such as virtual reality and augmented reality will be used to deliver the heat of performances and concerts.

The online version of KCON will include online fan meetings, concerts, documentaries as well as interviews covering K-pop, K-drama, food and Korean lifestyles. It will be free but some premium content will only be available for subscribed users.

Because of the pandemic, many K-pop artists canceled international concert tours and perform at online concerts. BTS will hold a 90-minute live online concert via WeVerse, a social media platform developed by the seven-member band's agency Big Hit Entertainment, in June.