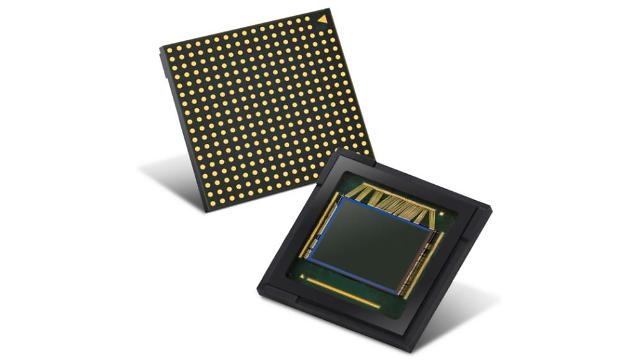 
SEOUL -- To firm its position as the world's top mobile image sensor maker, Samsung Electronics has released a high-performance image sensor for mobile devices that can offer an autofocusing feature similar to that of expensive professional cameras.

The autofocusing ability of an image sensor incorporates complicated technologies when tracking stationary or moving target objects in real time to get clear images. It also requires the powerful processing of a camera to maintain the focus on target objects. Such powerful autofocusing ability is commonly offered by large-sized image sensors installed in digital single-lens reflex (DSLR) cameras used by professionals.

According to the tech giant, the new mobile image sensor has two photodiodes side-by-side within a single pixel that can receive light from different angles so that it can keep track of moving objects. ISOCELL GN1 has adopted Tetracell technology to increase the size of each pixel for better light reception. The image sensor supports video recording at up to ultra-high-definition 8K resolution at 30 frames-per-second.

The imaging ability of smartphone cameras has become an important sales point in the era when some flagship phones are equipped with ultra-sensitive sensors that support more than 100 megapixels, which is equivalent to that of a DSLR camera.