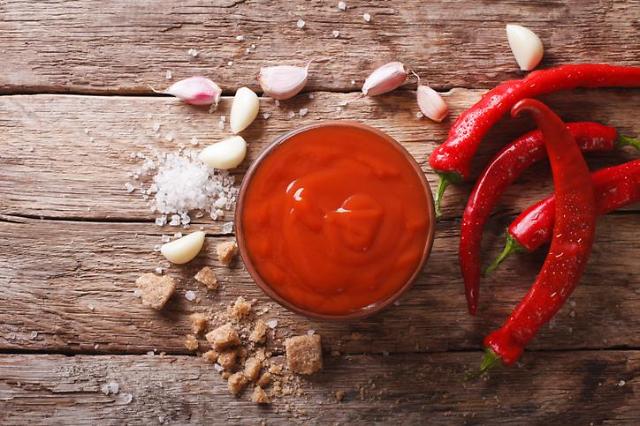 
SEOUL -- In a country known for its traditional red hot chili pepper paste and fermented bean paste, western-style table sauces, dressings and condiments that help consumers cook with ease at homes have gained popularity due to a change in the eating trend and a steady increase in the number of young single-person households

Home meal replacement (HMR) products, also known as ready-to-cook meal kits, which only require the simple process of heating on a stove or microwave oven, have become popular in South Korea. Single-person households prefer to cook HMR products because they are affordable and take only a few minutes to prepare. Customized recipes using table sauces and HMR products to create unique meals are widely shared via social media.

The Korea Agro-Fisheries & Food Trade Corporation (aT) reported on Monday, citing global market research firm Euromonitor, that South Korea's table sauce market is estimated to reach 1.4 trillion won ($1.1 billion) in 2024 with an annual average growth rate of five percent. The market for table sauces was projected at 766.1 billion won in 2024.

aT said that the market for table sauces has increased the most thanks to consumers who favor time-saving cooking sauces than traditional ones. Sales of Gochujang, the traditional Korean red hot chili pepper paste, and soy sauce have decreased by 15.7 percent and 5.3 percent respectively between 2013 and 2018.

Since South Korea was hit by a coronavirus epidemic, many consumers have favored foods delivered to their doorstep. An April survey of 1,500 food delivery app service users aged between 20 and 59 showed that 59.5 percent used food delivery services more than once a week while 77 percent said their most favored menu was fried chicken. The second-most popular menu was Chinese food.