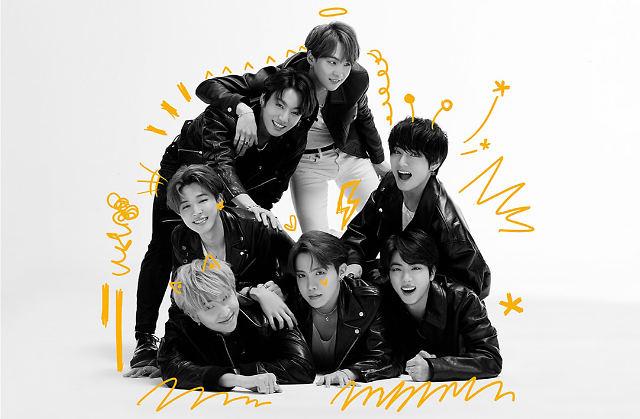 
SEOUL -- K-pop band BTS, which has been credited with creating a new world music trend, will push for a pay-per-view concert to bring an alternative source of entertainment to the global concert and performance industry that sank deep into a depression due to a COVID-19 pandemic and lockdowns in many countries.

Big Hit Entertainment, the seven-member band's agency, said in a statement uploaded onto WeVerse, BTS' official smartphone fan community app, on Thursday that the K-pop sensation would hold "BANG BANG CON The Live," a multi-view BTS live concert, to the homes of ARMY, the international fan club of BTS, at 6:00 p.m. (0900 GMT) on June 14

"BANG BANG CON The Live is an online live concert that will let BTS and ARMY continue to nurture their special connection together while keeping everyone safe and healthy!" Big Hit said, adding the 90-minute concert will offer performances specially prepared for ARMY. Tickets will be available on the online store of WeVerse from June 1. Prices were not disclosed.

The surprise announcement was made about two weeks after BTS suspended its world concert tour due to the COVID-19 pandemic that forced artists to cheer fans with mini-performances through social media. BTS is the first K-pop band to hold a pay-per-view online concert.

BTS was one of the world's top-grossing touring groups of 2019 by selling 976,283 tickets and garnering $116.6 million during its Love Yourself Tour, based on a firm fan base established on online communities and social media. BTS members have used social media to actively communicate with fans and share thoughts.

This is not the first time for BTS to hold an online concert. The band has held the first BANG BANG CON broadcast via WeVerse in April. Fans were able to wave ARMY Bombs that interacted with the online concert to turn ARMY's homes into a live concert stadium. The ARMY Bomb is a variant of a light stick used by fans during K-pop concerts to show support for artists.

The Korean culture convention, scheduled to live broadcast nonstop for 168 hours from May 20, involves concerts, performances and other forms of online content including virtual reality and augmented reality through YouTube. Basically, online content will be free but some will only be available for subscribed users.