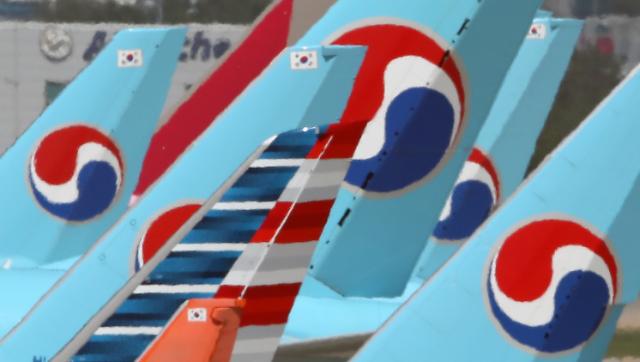 
SEOUL -- Korean Air will secure more money through the holding company of its parent Hanjin group as the cash-strapped flag carrier seeks to raise one trillion won ($814 million) by issuing new shares to overcome a liquidity crisis caused by a global pandemic.

Hanjin KAL said that it would inject some 300 billion won into Korean Air, which will allocate about one trillion won worth of paid-in capital increase to shareholders before pushing for a general public offering. Hanjin KAL holds a 29.96 percent stake in Korean Air, which has seen a sharp drop in sales due to suspended serves on international routes that account for 94 percent of overall passenger sales.

In April, the state-run Korea Development Bank (KDB) and the Export-Import Bank of Korea agreed to inject an emergency credit of 1.2 trillion won into Korean Air. President Moon Jae-in has proposed a fresh relief fund of 40 trillion won to rescue aviation and other key industries.