Some 1,200 foreigners under pressure to get tested for COVID-19 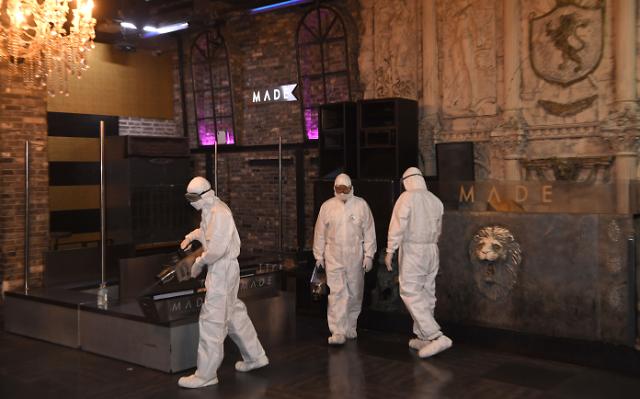 SEOUL -- Some 1,200 foreigners are under pressure to get tested for COVID-19 because their mobile phones showed traces of staying in a dangerous place encompassing the epicenter of LGBTQ nightlife in an international tourist hotspot in Seoul. They are receiving English text messages repeatedly from South Korea's anti-epidemic center.

Since the first patient related to LGBTQ clubs and bars in Itaewon was made public on May 6, some 22,000 people have visited COVID-19 screening centers nationwide, according to the Korea Centers for Disease Control and Prevention (KCDC). There was no official tally on how many foreigners were screened.

As of May 13, health officials have detected 119 patients, including 76 directly related to Itaewon and 43 others, including their family members, friends and fellow workers.

Based on their mobile phone base station access, text messages calling for COVID-19 screening were sent to 10,905 people, including 1,210 foreigners, who have stayed overnight near nine bars and clubs in Itaewon from April 24 to May 6 regardless of their sexual identity.

In Itaewon, COVID-19 cases were spotted at ordinary dance clubs unrelated to LGBTQ people, prompting health officials to expand the scope of screening with a pledge to guarantee anonymous inspections. Infections were reported in various places and professions, threatening to dampen government efforts to permit greater social and economic activities than before and re-open schools.

"Many people are being examined voluntarily, but some are still reluctant to do so because they are worried about criticism. Excessive criticism and discrimination will never help prevent patients from hiding, further encouraging quiet transmission," KCDC director Jeong Eun-kyeong said, calling for a quick response from those who have been to Itaewon.

"COVID-19 is a really cruel virus," Jeong said, warning that COVID-19 could spread quickly to family members. Medical experts said that there was already a spread in areas frequented by young people before a fresh outbreak erupted in Itaewon.

To secure data on the extent of infection exposure among people in their 20s and 30s, Jeong proposed the testing of all those to be enlisted for obligatory military service. South Korea's conscription law requires all able-bodied men to complete compulsory military service for about two years