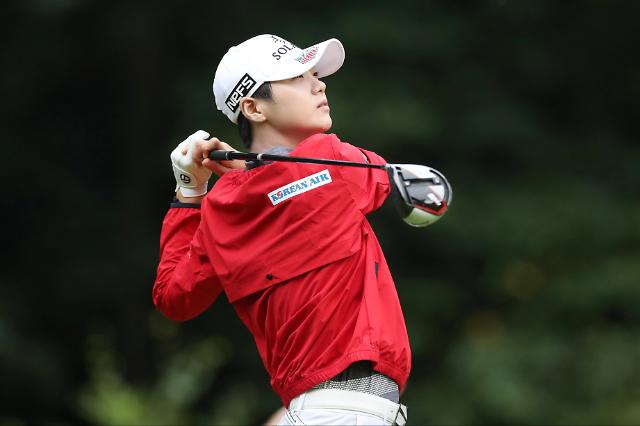 SEOUL -- A watertight quarantine system, backed by a walk-thru ultraviolet sterilization facility and thermography cameras, will be introduced to protect players competing in the first tournament to open among major professional golf tours around the world, which have been suspended due to a coronavirus pandemic.

The Korea Ladies Professional Golf Association (KLPGA) has issued strict quarantine guidelines for the opening tournament of its tour, set for May 14-17 at Lakewood Country Club in Yangju north of Seoul. Some 150 players including Korean LPGA players such as Park Sung-hyun, Kim Sei-young, Lee Jeong-eun and Kim Hyo-joo will compete for a total purse of three billion won ($244,500), with 220 million won going to the champion.

A walk-thru ultraviolet (UV) sterilization facility was introduced. Players, caddies and officials would receive a UV light shower while walking into the club, with thermography cameras checking their body temperature. Fans were denied access to the tournament, with holes to be roped off to prevent the transmission of COVID-19.

UV refers to electromagnetic radiation with wavelength ranging from 10 nanometers to 400 nanometers. UV lights were used for sterilization. UV light, also known as black light, is produced by electric arcs and special lights including mercury lamps and light-emitting diodes.

KLPGA is South Korea's third professional sports organization to resume a season postponed by a COVID-19 epidemic, after professional soccer and baseball leagues. The tournament comes amid growing concerns about a fresh outbreak of infections originating from gay bars and clubs in Seoul.

Under KLPGA's guidelines, players and caddies should present a written medical examination, maintain a safe distance from their playing partners and carry a sterilization spray to sanitize clubs and balls. Physical contact such as hand-shaking is banned. They should not touch bunker rakes and flagpoles with bare hands.

Hotel-class meals will be served at an isolated restaurant, but each player was asked to use one table. Even the parents of players are not allowed to enter restaurants or practice halls dedicated to players. Reporters are also not allowed to watch the game directly on the course.