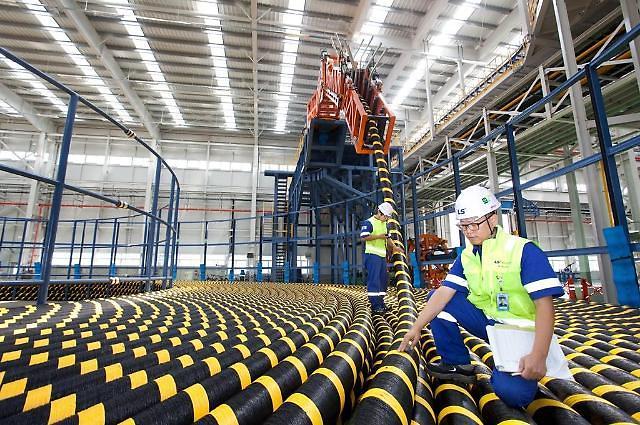 SEOUL -- LS Cable & Systems, a major South Korean cable maker, has secured an order worth 66 billion won ($54 million) to replace an old submarine power cable in Lake Michigan, one of the five Great Lakes of North America, by 2021.

Multiple cable lines and pipelines run along the bottom of Lake Michigan. LS Cable said it would step up efforts to win more orders as the development of offshore wind farms is leading the growth of the underwater cable market in the United States.

"The U.S. submarine cable market is expected to maintain steady growth due to the replacement of old cables and new demand for offshore wind power development," LS Cable president Myung Roh-hyun said, adding his company would explore new markets in the U.S., Europe and Africa.

LS Cable, which produces power and telecom cables and systems, as well as integrated modules and other related industrial materials, has been involved in a number of projects abroad. In March this year, the company secured a deal worth 100 billion won to establish an underway electric cable system as part of Bahrain's project to develop an archipelago of desert islands into a major tourist destination.