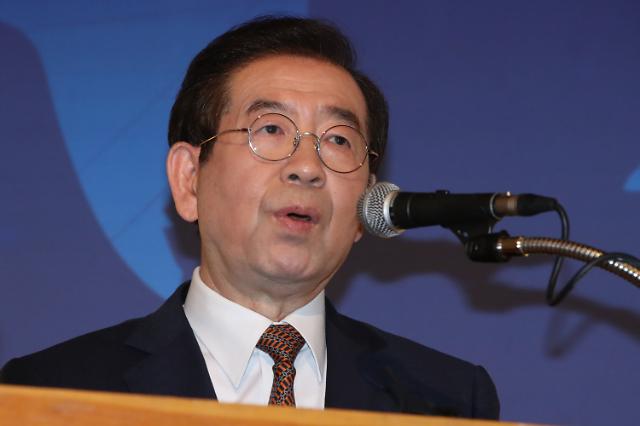 SEOUL -- To cope with a more powerful epidemic, Seoul Mayor Park Won-soon proposed the construction of a major state hospital specializing in infectious diseases such as COVID-19 in the center of the densely populated capital, saying South Korea should now take preemptive action to set up a bastion of public health.

Park suggested that the aging state-run National Medical Center, established in 1958, should be relocated and built anew with an infectious disease hospital and a trauma center on land controlled by the Defense Ministry in a downtown district. He called for quick construction through discussions with the central government.

"Infectious diseases are not limited to location and time. But it is also a big city that spreads greatly. In that sense, a hospital specializing in infectious diseases is really precious. It is necessary to take preemptive action as it is not known when an infectious disease like COVID-19 will come on a larger scale," the mayor told a press briefing on Tuesday.

Park said his proposal was based on a public consensus. "I made this proposal because I felt a sense of urgency that I could no longer delay this opportunity, especially on the occasion of COVID-19." His proposal was supported by Oh Myoung-don, a professor at Seoul National University's college of medicine who heads the Central Clinical Committee.

Oh said the hospital specializing in infectious diseases would become "a bastion to protect people's health."