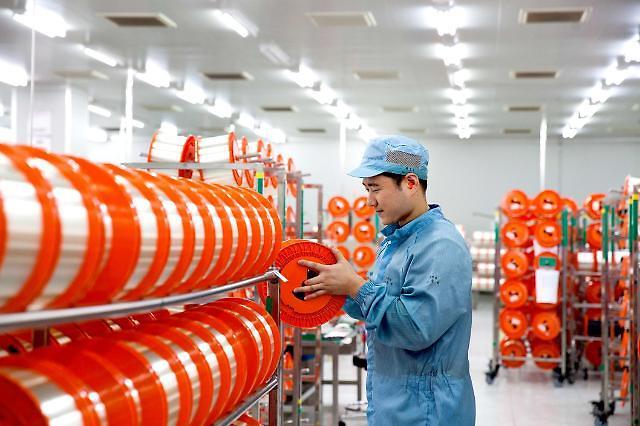 LS Cable said it has formed a consortium with Jan De Nul, a Belgian company which provides services relating to the construction and maintenance of maritime infrastructure, to win an order from TenneT, which installs grid connections for offshore wind areas chosen by the Dutch government to transfer wind energy via a high-voltage network.

LS Cable said it is responsible for the supply of 220-kilovolt submarine cables, the construction of electrical connections and testing. The contract is due on September 30, 2023.

LS Cable, which produces power and telecom cables and systems, as well as integrated modules and other related industrial materials, has been involved in a number of projects abroad. In March, the company secured a deal worth 100 billion won ($84 million) to establish an underway electric cable system as part of Bahrain's project to develop an archipelago of desert islands into a major tourist destination