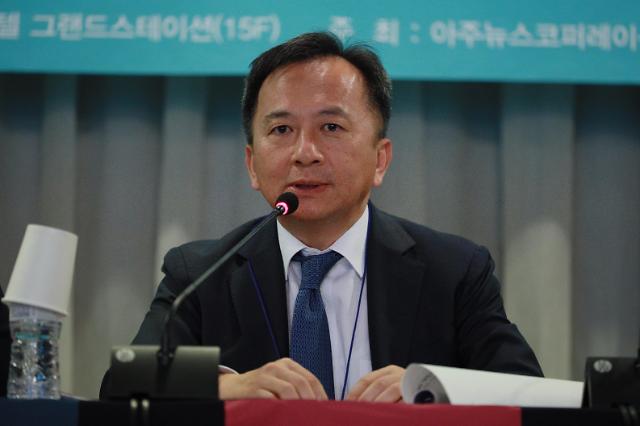 Around the world, there are many hopeful prospects that COVID-19 will be able to see a turning point around May and June. However, the pessimistic outlook is that the economic crisis will last much longer. It is hard to find anyone who advocates a V-shaped recovery. Most people say that the bottom will be a wide U-shaped or L-shaped or Nike logo.

Jason Furman, former chair of the Obama administration's Council of Economic Advisers, explains several reasons why the economic crisis will be prolonged even if the COVID-19 crisis ends in the short term. The first is due to the nature of the labor market. In the past, it took two and a half years for the U.S. unemployment rate to rise from 4.4 percent to 10 percent during the global financial crisis, but it took seven and a half years to recover. As such, unemployment rises rapidly during the economic crisis, but it takes much longer to recover.

The second is a series of corporate bankruptcies. Of course, the scope and size may vary depending on the government's policies or corporate responses. However, as we see now, companies in industries whose sales decline by 50 to 90 percent are likely to suffer disorderly bankruptcy. A series of corporate bankruptcies would result in massive unemployment. The third is the possibility of a financial crisis. The financial system can be frozen as the credit limit of companies decreases, it becomes difficult to extend or repay loans, and it becomes difficult to raise funds. Accordingly, the economic crisis could turn into a financial crisis.

Fourth, the economic crisis is not limited to a specific country or region, but to a situation that the whole world has experienced together. In the U.S., Europe, India, Latin America and Africa, the period when COVID-19 will all end is likely to be longer than May~June this year. Hence, the economic crisis will be longer than that. When COVID-19 spread, the government stepped up and implemented a deterrence policy. As a result, the health crisis eases as the spread is curbed, but the economic crisis intensifies. Economic growth is likely to fall into negative territory as production, consumption and investment all shrink. Now, the government should step up and actively seek economic recovery.

In line with the schedule of the general elections, the ruling and opposition parties have so far focused on providing supportive measures such as emergency disaster support funds for vulnerable groups such as individuals, self-employed and small business owners. After the general elections, much attention should be paid to corporate support. Concerns are high that companies will face serious financial difficulties from the end of April. Corporate support targets are not limited to small and medium-sized enterprises. Large companies' bankruptcies will lead to more serious crises, such as mass unemployment and a series of bankruptcies of their suppliers than those of small and medium-sized companies.

In this current economic crisis, immediate performance is important. For this, new and creative policy measures are also good, but it is more important to utilize existing proven policies. It calls for the immediate implementation of policies that have been pushed forward in the past to produce tangible results. The representative policy is to increase investment in infrastructure. As much as expanding infrastructure investment, there are not many policies that can immediately feel the liquidity supply effect and help ordinary people's income and employment. For some time, however, there has been a lot of criticism in our society that if we insist on expanding investment in infrastructure, we call it a 'civil-engineering tribe' and that "a shovel economy" should not be allowed. It is hard to find such criticism these days. The pledges of candidates for the general elections also focus on more investment in infrastructure in the region. Now that the general elections are over, both the ruling and opposition parties should once again calmly refine their pledges on infrastructure investment and quickly put them into action.

It is also necessary to recognize that the government cannot overcome this economic crisis alone. It should get as much cooperation from the private sector as possible. South Korea has been praised by the world as a model country to prevent an epidemic not only because of the government's power but also because the private sector actively cooperated. If you believe in the potential of the Korean people and companies, you need to establish and implement economic recovery measures that utilize private investment as well as government finances.

(This column, contributed by Lee Sang-ho, president of the Construction & Economy Research Institute of Korea, does not necessarily represent the opinions of Aju Business Daily's editorial board.)