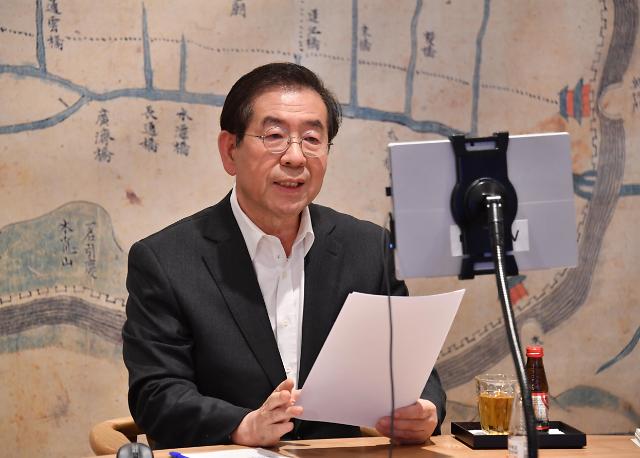 SEOUL -- The mayor of Seoul ordered the temporary shutdown of adult entertainment facilities such as hostess bars and dance clubs in the capital after the infection of a boy band leader and two women sparked a virus alert in Gangnam, an upscale modern district, home to gleaming skyscrapers, designer brands and stylish nightclubs.

Dance clubs, singing rooms and PC bangs have been asked to take strict quarantine steps or shut down, but city officials found that out of 2,146 adult entertainment places in Seoul, 422 have violated rules to open for business.

Seoul Mayor Park Won-soon issued an administrative order on Wednesday to close hostess bars, dance clubs and adult dancing bars until April 19. He denounced "reckless behavior" by some young people who put the community in crisis. "In these places, close contact takes place, and it is impossible to follow quarantine rules, so I ordered a ban on gathering."

Park's order came after two women, including a hostess bar employee in Gangnam, were infected with the virus spread by SUPERNOVA leader Jung Yun-hak. The mayor said the case in Gangnam amplified public concerns over the possibility of explosive COVID-19 infections.

Many people have voiced concerns over young people visiting music and dance clubs to spend fiery nights, ignoring the government guidelines for social-distancing. Deputy Health and Welfare Minister Kim Kang-rip called for constant alert, saying South Korea should not let the guard down as a moment's carelessness could lead to a new wave of explosive outbreaks.

The young generation's irresponsible and careless behavior has become the target of public criticism. "I am worried about the situation in which young people could become 'silent carriers,'" Prime Minister Chung Sye-kyun said on Tuesday, expressing fears that clubs, where people bump into each other in confined space, could become hotspots of collective infection.

The silent carrier refers to asymptomatic patients. While they show no clear symptoms, they can still carry the virus and infect other people. Because many asymptomatic carriers have normal body temperature, they are easily granted access through checkpoints at public facilities such as shopping malls, large office buildings and transports such as trains.

Asymptomatic carriers pose a great threat to local communities as they are not aware of themselves as being infected with COVID-19 and can spread the disease to family members, children and old people. The fight against COVID-19 has been hampered by asymptomatic infections and the dynamic nature of COVID-19.