Musical 'Phantom of the Opera' and fans put on health watch 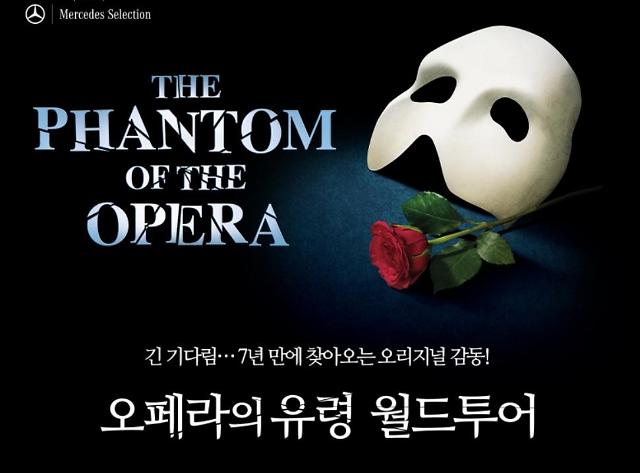 SEOUL -- Thousands of opera fans in South Korea were put on health watch after a Canadian ballerina and an American actor who appeared in "The Phantom of the Opera" were infected with a novel coronavirus. The musical had been on a run at a Seoul theater despite a national campaign for social distancing to contain an epidemic.

Health officials acquired a list of 8,578 people who have watched the musical manned by 128 actors, actresses and staff members, including 71 foreigners, after a 35-year-old Canadian woman was found to be carrying COVID-19 on March 31, followed by the infection of a 29-year-old American man two days later.

Those who visited the theater were asked to monitor themselves at their homes and see if they show COVID-19 symptoms. Out of 138 people who have been screened, 89 tested negative with 48 others awaiting the results of virus checks. The two foreign patients had stayed at a hotel in central Seoul before being sent to isolation wards for treatment.

Theaters, churches and other multi-use facilities have been ordered to shut down or follow strict quarantine rules.

As of April 2, state data showed that 3,867 patients remained hospitalized with 6,021 others being cured and discharged. The virus has killed 174 people. Health officials have put 27,066 into obligatory self-quarantine for two weeks, including 19,567 from abroad.

Infections have been reported persistently in Seoul and its adjacent province, but a government anti-epidemic team floated the idea of lowering the level of COVID-19 alert to provide a breathing space to economic activities and everyday life which have been restricted since the first patient was reported on January 20.