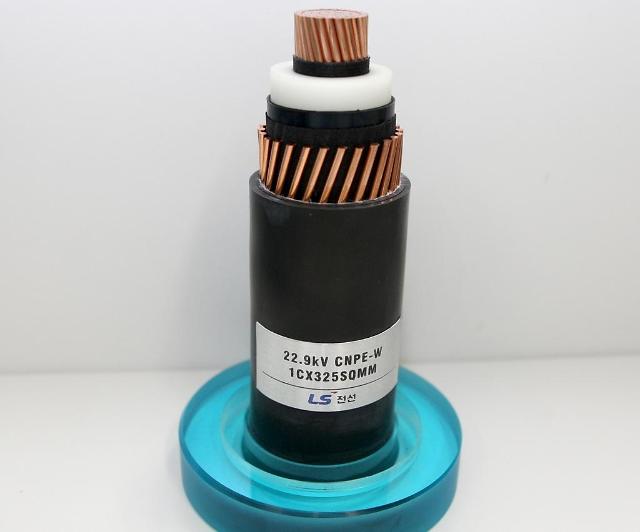 
SEOUL -- After two years of test operation, LS Cable & Systems, a major South Korean cable maker, has kick-started the commercialization of environmentally friendly power distribution cable that can be recycled to reduce greenhouse gas and waste.

LS Cable said in a statement on Tuesday that it has finished the test operation of environmentally friendly power distribution cable that uses an insulator made of polypropylene (PP). The test operation, a joint project with the Korea Electric Power Corporation (KEPCO), South Korea's electricity company, was launched in 2017 in three cities including Seoul to find alternatives for conventionally used insulators.

Conventionally, cross-linked polyethylene (XLPE) has been used as the insulator that wraps around conductors when creating power cables since the 1960s. However, greenhouse gas such as methane is produced during the creation of XLPE material. Also, the insulator made of XLPE is not recyclable.

According to the cable maker, the cable using PP material as its insulator is ideal for urban areas that often experience power overloads as PP cables can withstand more heat and send 10 percent more power than cables insulated with XLPE.

The test operation of PP power distribution cables was launched as a joint project with KEPCO in 2017 after the two companies succeeded in a 60 billion won project ($49 million) to develop power cables that are more eco-friendly in 2015.