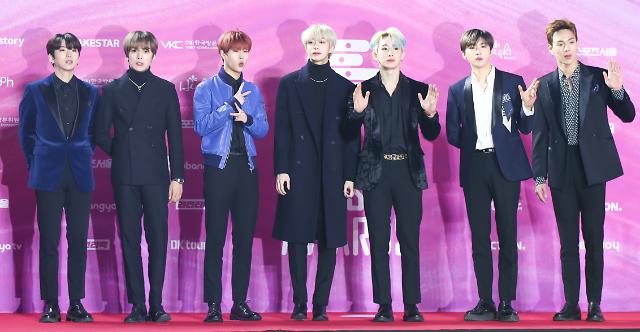 
SEOUL -- K-pop band MONSTA X will return to South Korea's music scene with a new album in May, marking the six-member band's comeback since the release of "FOLLOW: FIND YOU," a mini-album, in October last year.

"Because Jooheon had focused on the treatment and rehabilitation, his health has improved a lot," the agency said, adding doctors agreed that the artist is now fit to join the team for album promotions.

MONSTA X debuted as a seven-member band in 2015 and became one of the most popular K-pop boy bands for its powerful performances. The band joined Epic Records, an American music label, in May last year to prepare for its debut in the United States.

Wonho left his band in October last year after he was caught up in a scandal that sparked online accusations about his inappropriate personal life.

In February this year, MONSTA X took the No. 5 spot in Billboard 200, a weekly chart ranking the top 200 most listened song in the U.S., with its official U.S. debut album "All About Luv,", released on February 14.