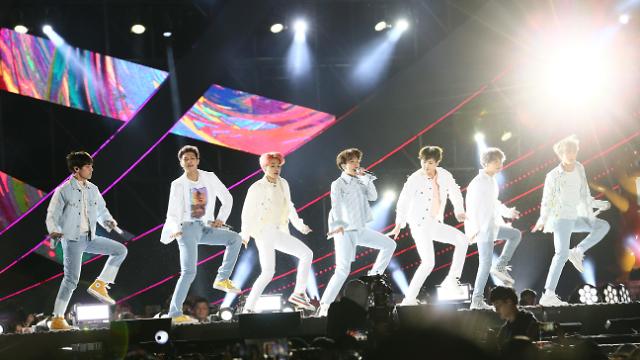 SEOUL -- After its stellar success last year, BTS saw this year's world tour being disrupted by a pandemic. The K-pop band updated fans on the schedule of its 2020 tour saying changes will be made.

"We are closely monitoring the situations in the countries and cities that are part of our upcoming tour," Big Hit Entertainment, the seven-member band's' agency, said in the statement on Tuesday, referring to a high level of "unpredictability" in some countries and cities.

"We are making every effort to proceed with the planned performances where possible, however, details on any changes will be provided separately for each region," Big Hit said through the band's online fan community app, about a month after the band called off the first leg of its tour in Seoul in April.

Big Hit said it would strive to deliver a "new and better-than-ever experience for the MAP OF THE SOUL TOUR" to all fans who have been disappointed by recent cancellations.

Live Nation, a British concert promoter, postponed ticket sales for the European leg of BTS' world tour that was to start in London on July 3. Big Hit has not yet disclosed plans about the North American leg of the tour that is scheduled to kick off in Santa Clara, California on April 25 but changes are possible.

BTS leader RM voiced frustration in a smartphone live streaming event on March 10, saying he "suddenly became angry like a mad man" because he could not perform in front of fans.