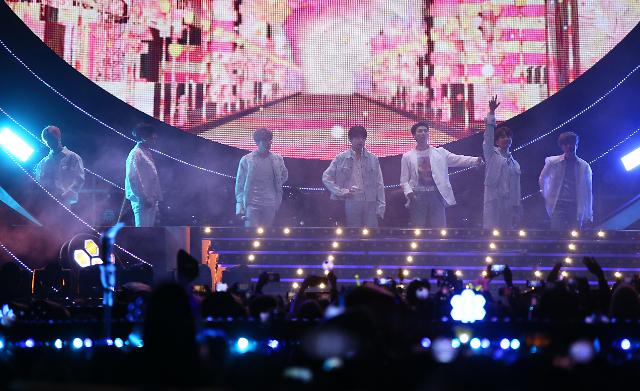 SEOUL --The agency of K-pop band BTS' agency, will launch an online initiative on March 24 to break down the language barrier between the seven-member band and fans.

"Learn Korean With BTS" is designed to help global fans who have difficulties of enjoying BTS' music and content due to the language barrier, Big Hit Entertainment said in a statement uploaded onto its smartphone fan community app.

"Due to the recent popularity of K-pop and other Korean cultural content, the demand for learning Korean has been increasing greatly. So, we have created Korean language education content to improve fans' accessibility to K-pop content," Big Hit said.

The media content will be less than five minutes long and utilizes short video clips from BTS' original contents such as "Run BTS!," "BANGTAN BOMB" and "BTS Episode". Repeating expressions used by BTS members, fans naturally learn how to speak and understand Korean.

It will have a similar learning effect to a formal Korean language-learning course as language researchers and scholars from the Korea Language Contents Institute and Hankuk University of Foreign Languages were involved in the creation of the curriculum. Big Hit will release additional educational content involving other bands under its wings.